Write a story about your life without this right. Position B: It is the Senate's duty to make an independent judgment of a nominee's suitability for a position serving the American people, even if that means denying the President his choice. Teams can use Handout 4 to plan the arguments to be made during the debate.

After all pairs have posted their document, the pairs will each take a turn describing their assigned document and explaining three clues in the document which support their determination of the Big Idea illustrated within. Encourage them to include examples of situations in which that right would apply. Divide the students into six groups with each group assigned a Big Idea. Grades 2 and up Make a timeline, charting events leading up to the ratification of the U. Encourage students to anticipate and respond to the arguments that could be made by the opposing team. Students will act as historians who must consider the source of each document, when it was created and its content to determine how it relates to the Big Ideas. Make a list of five rights and five things that are not rights. Students will carefully read and inspect the document to determine which Big Idea is represented within it. Papers not formatted properly will not receive a passing grade. Use quotations from the Constitution to support your points.

Position A: The federal government's powers over taxation as well as international and interstate trade allow significant latitude in directing economic policy. Quiz your classmates or students in an upper grade to test their knowledge of the Constitution. 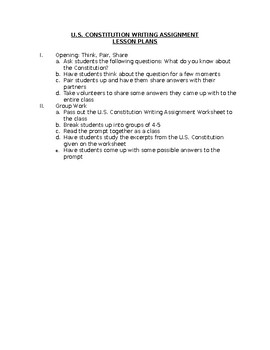 Teachers, consider having students randomly draw a right to lose for this exercise. Position A: Congress, the policy making branch which represents the people, should determine peace terms. 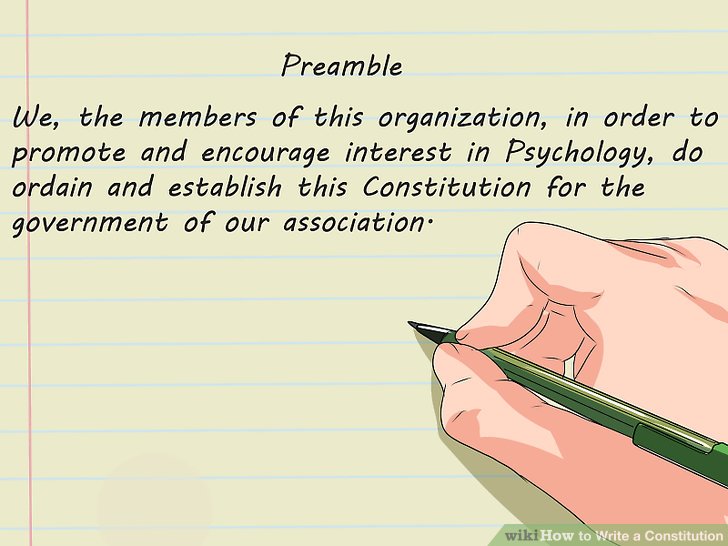 Grades 7 and up Write an argumentative essay that tells whether you believe the Constitution is still relevant today. Make a list of five rights and five things that are not rights.

We are also fortunate that these rights are protected through what is called the Constitution and the Bill of Rights. Grades 5 and up Pretend to be an 18th century reporter. Grades 8 and up Have an idea you'd like to share? California, U. Position B: Public policy should be created by officials who are most informed about the issues involved. Congressional Ethics. Arrange questions in order of difficulty, from easiest to hardest. The idea: Separation of Powers Question: Once Congress declares war and the President assumes the role of Commander-in-Chief who decides how the war ends? The Debate Format: Two teams will be assigned one of the scenarios described below. K-2 The Constitution established basic rules for American government. K-2 Discuss what constitutes a right. Grades 6 and up Create a flow-chart showing how the Constitutional system of checks and balances works. The idea: Popular Sovereignty Question: Should voter ballot initiatives be allowed to overturn laws passed by legislative bodies? Each team will choose a speaker to deliver the opening an overview of the team's position.

Students will then rephrase the quote in their own words to hone in on its meaning.